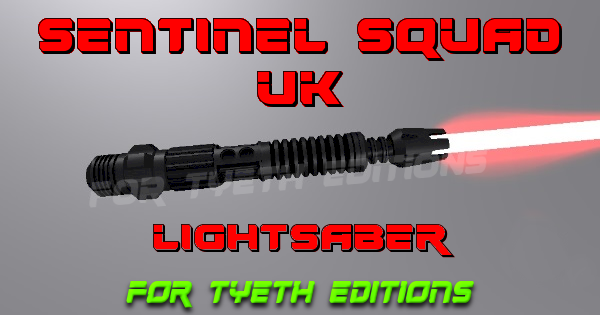 Hello Everybody, and first before I go any further I offer my sincere apologies this post is WAY overdue. However it is not overdue because I got distracted, but rather my health has taken a bit of a turn for the worse. I have been hit by some form of infection which left me in excruciating agony and almost delirious. I have since been referred to specialists at my local medical center for batches of tests. I am still not 100% but am trooping on, which is apt as I want to push on and present this design I came up with for a fantastic group of folks I met at For Tyeth’s First Comic Con I attended recently. The group are called the SENTINEL SQUAD UK, a non profit organisation who create the most fabulous Star Wars themed costumes and make public appearances for charitable causes. You have already “met” one of their members, my friend Takamatsu, or as he is known in the Squad, BOSSK BH-5700. So in honour of their great efforts to support deserving local charities all over the UK here is my gift to them the SENTINEL SQUAD LIGHTSABER….

This design is not based on any particular member or character but rather on one the props they have built and use for publicity photos with members of the public at events. That prop is the Imperial Tripod Turbolaser Cannon used by the SnowTroopers on Hoth to shoot the Millennium Falcon. I don’t think the Squad’s cannon actually fires but it was impressive looking. This hilt is meant to look a little like the upper part of the cannon (barrel, breach, stock etc) The only thing missing is the little Tie-Fighter style winglets mounted either side to cool the weapon. 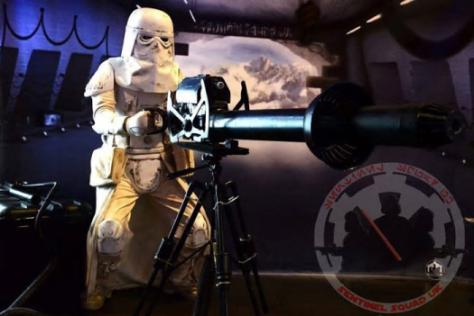 These Guys and Girls do a phenomenal job and have a total love of what they do. Nothing ever seems too much trouble for them, whether it is a local children’s nursery they are visiting, or a big city convention they are always approachable. So please use the links I will provide below to go and check out what great work they do, and if you are based in the UK you may either want to book them for an event or just go and support them and the charities they are trooping for….please do.

To finish today’s post I want to thank the Sentinel Squad UK for all they do (and hello Takamatsu!) and will post a few images I have of the group from around the net and from my encounter. I hope you my followers and viewers enjoyed this post and I do have at least one more post left in me (don’t worry I’m working on more but I do have to be mindful of  my health now so they may be late). Please call back to see these upcoming posts.

Thank You from For Tyeth.

Sentinel Squad UK is a non-profit organisation raising funds for charity in and around the UK. The name SENTINEL SQUAD UK is copyrighted as are all the images and related logos and other material. All other Trademarks/© Copyrights belong to their respective owners.