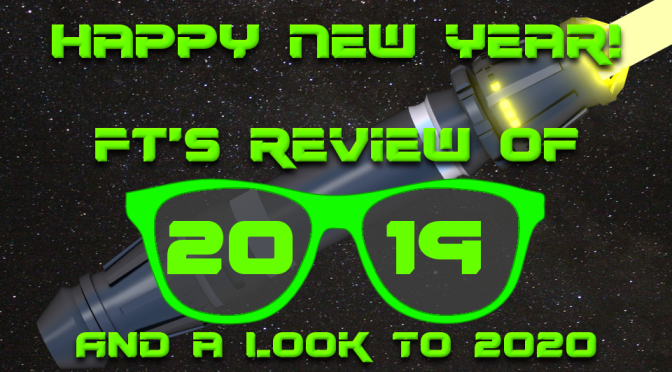 I counted my posts and the designs I had shared and I have posted over 45 sabers plus variations in the space of 52 weeks …so lets jump back to January and take a look at what I posted….

January started with a saber inspired from a Star Wars computer game known as Star Wars Knights Of The Old Republic (SW KOTOR) and the first saber you build in the game. I also posted the first in a series of hilts inspired by Ralph McQuarrie’s Stormtrooper concept art, even a saber based on the 80’s TV show Charlie’s Angels. Finally I posted a lightsaber staff for Satele Shan, another character from SWTOR the sequel to SW KOTOR.

February featured designs from Resident Evil, Lord of the Rings, a saber for Superman and a hilt for Padme Amidala. I particularly liked the Superman hilt I built for my friend TheVintageToyAdvertiser as part of a series of challenges, and the Lord of the Rings hilt because I had to make sure I did a good job and pleased both Star Wars fans and LOTR fans – Not Easy!

Again I really liked the LOTR hilt as I got creative, making the pommel resemble the Eye of Sauron! However, even Padme’s hilt had custom etching and an activation swith made to look like her pendant given to her by little Ani!

Marching on in March,I presented my crossover hilt designs for another Sci-Fi franchise – Star Trek (yes I said it!). I created a hilt for the Klingon warriors and one particular half Klingon named B’Elanna Torres from the show Voyager. A new character appeared in the movie SOLO called Enfys Nest so I posted a design in her honour and back on earth I had another challenge from TVTA. He wanted a saber based on Starsky and Hutch and the famous red car, the Gran Torino!….

B’Elanna’s Blade for the Klingon Lady

Gre’Thor Blade for the Klingon Warriors

Starsky and Hutch Saber says it all!

The Swoop Saber had a hidden Crystal Chamber built into it, while the Starsky and Hutch hilt had a blue police light as the on/off switch and even had working headlights buried in all the chrome bodywork!

OK folks, that covers the first three months! To continue our journey through 2019 please click the link to go to page two where we will discover what April brought!…see you on page two…..