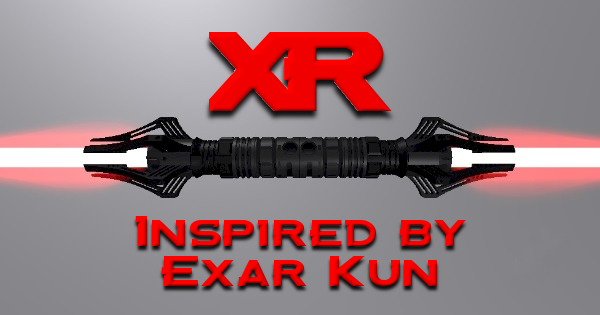 Hello Everbody, I am delving back into Star Wars history to bring you this next saber and yes I know it’s about time! With so many distractions around nowadays and so many inspirations I wander off sometimes. This next saber is inspired by a character from the now “Old Canon” or Legends as it is known. He started out as a Jedi Padawan under the tutelage of Master Vodo-Siosk Baas (remember him? He used the wooden staff empowered with the Force, a bit like Chirrut Imwe!). However the Padawan was impulsive, over-confident and was fascinated by the Dark Side of the Force . So much so that he travelled to the moon of Dxun, where a tomb belonging to the ancient Sith Lord, Freedon Nadd existed. The spirit of Nadd sensed an opportunity to resurrect himself in the Padawan’s body. The Padawan was injured and only healed by the Sith Spirit when the Jedi committed himself to the Dark Side. This turn prompted the corrupted Jedi to build a new saber. Who was the Padawan? He was Exar Kun and this is my design for him…XR Lightsaber… 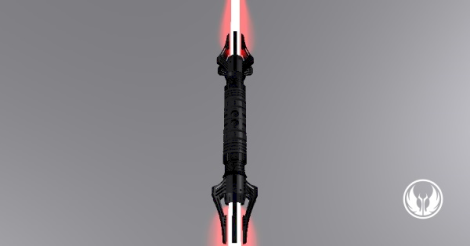 Exar Kun used this saber to surprise his former Master, Vodo Siosk Baas, whilst attempting to rescue a fellow Sith accused of war crimes. I think it would be a surprise as this was a deceptive weapon. It was so short it appeared to be a normal Lightsaber but as you can see it was technologically advanced and had TWO blades in a compact form. It was also very aggressive looking with double clawed emitters and the signature Blood Red Sith blades. Exar Kun’s weapon was believed to be inspired by Darth Zannah’s Lightsaber staff. My design may not work in real life due to the size of the electronics needed and the limited space inside the hilt handle but I wanted to showcase the idea. 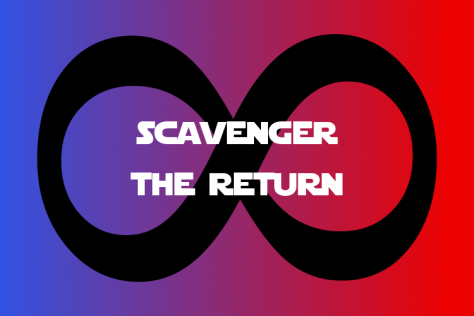 I will apologise that there are only five pictures of this hilt in the gallery but double ended designs are the same at both ends (usually!) so that explains the shortage. However I haven’t been idle in the meantime, as I have been writing up the biographies for the owners of the set of six sabers coming up soon. Lots of characters and colours! I hope you will return to see those but for now I will say thank you for visiting today and supporting the site. Till next time.